Lomonosov Porcelain Bone China Tea/Coffee Cup and Saucer Set is made at the Russian Imperial Porcelain Factory in St. Petersburg, these commemorative cup and saucer is decorated with drawings of the novella - The Little Prince. This Tea/Coffee Set will make a wonderful gift for friends or children. 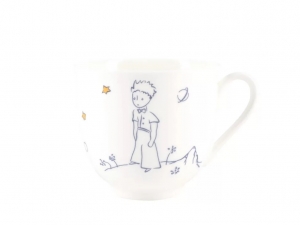